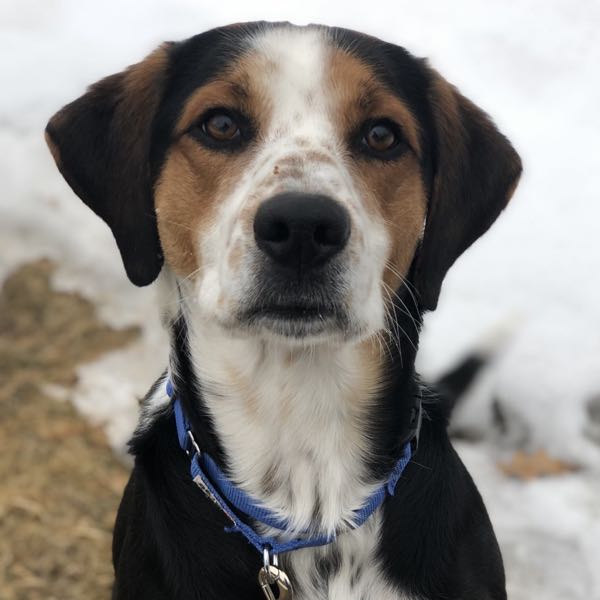 “Hi, I’m Henry! I’m a Harrier breed, which I’ve been told is like a beagle, just waaaay more awesome (and by waaaay more awesome, I mean high-energy). I love to be busy, patrolling a farm, working with my people and romping in the snow!”

Harriers are very active, athletic dogs with great stamina and energy. Henry likes to keep both his body and his mind active by staying busy and working. He’ll need an adult-only home with calm and confident people who understand him and help him achieve his best life, which is a smart balance of work and play. Because he likes to keep busy, he enjoys games and toys that challenge him mentally and physically. His favorite game is tug and his favorite toys are frisbees and balls he can chase. He would love a big yard to run around in or even a farm that he can explore. He previously lived on a farm and would be happy to return to being a farm dog, knowing he can explore outdoors during the day and come inside in the evening. 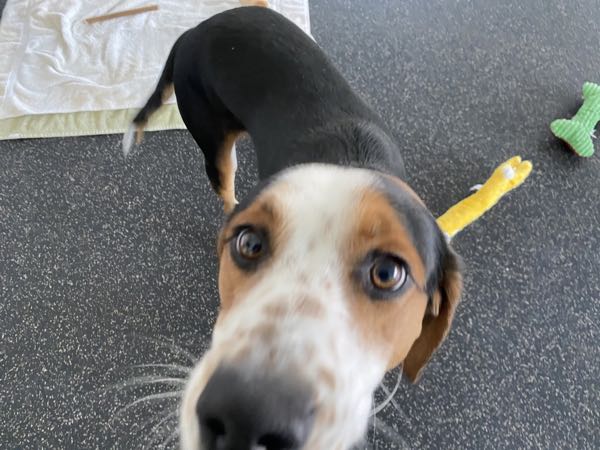 At AWS, Henry has been a favorite in the canine training classroom, working with the training team on agility and jumps. He was hesitant at first, but quickly proved himself to be a pro. He’s a natural athlete and enjoys the challenge of agility and working with people on training. In fact, our Canine Training Team would like to offer support to Henry’s new people, post adoption. Henry and his new people will be eligible for one free six-week Basic Obedience class or one private consult with one of our trainers. 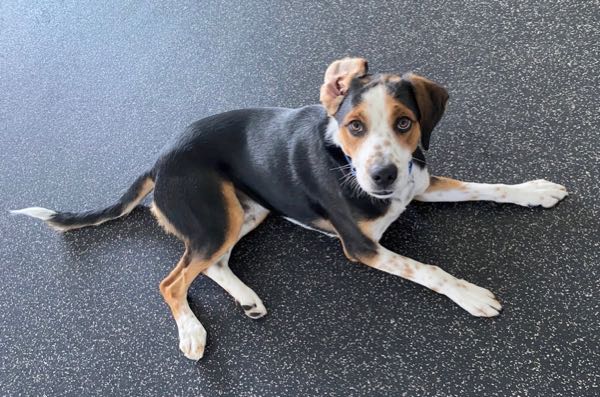 Here he is resting just after a fun training session.

Henry is best described as “not a hugger.” You’ve heard friends or relatives tell you they don’t like to hug, right? Well, Henry’s the same way. He doesn’t always enjoy being petted and would rather interact by working together. Hence, his need for a family that understands him and can give him the active, stimulating enrichment he needs to thrive. If you’re looking for a dog you can pet and snuggle with while you are watching TV, Henry is not the one for you. 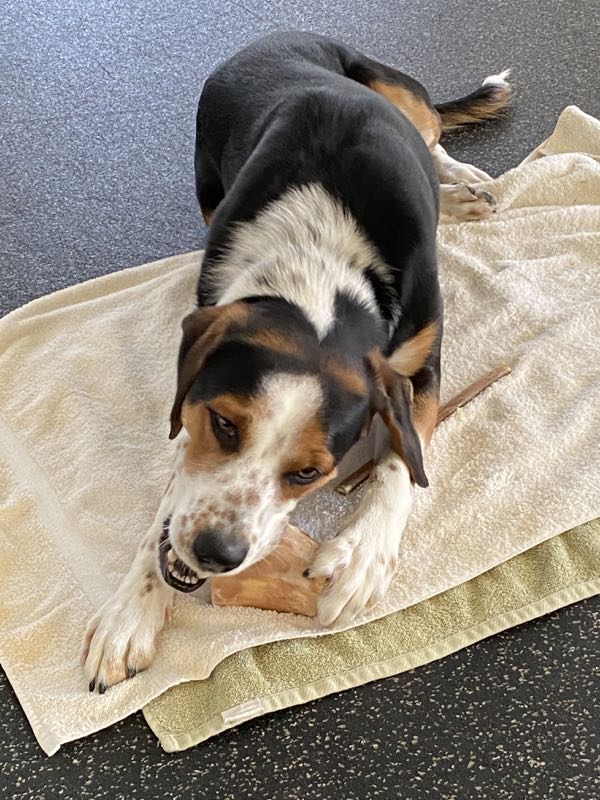 If you have another dog or other dogs looking for a new playmate, then perhaps Henry could be your dogs’ new friend. He has lived with other dogs and has made lots of new canine friends here at AWS.

Did we mention he’s also quite the goofball? 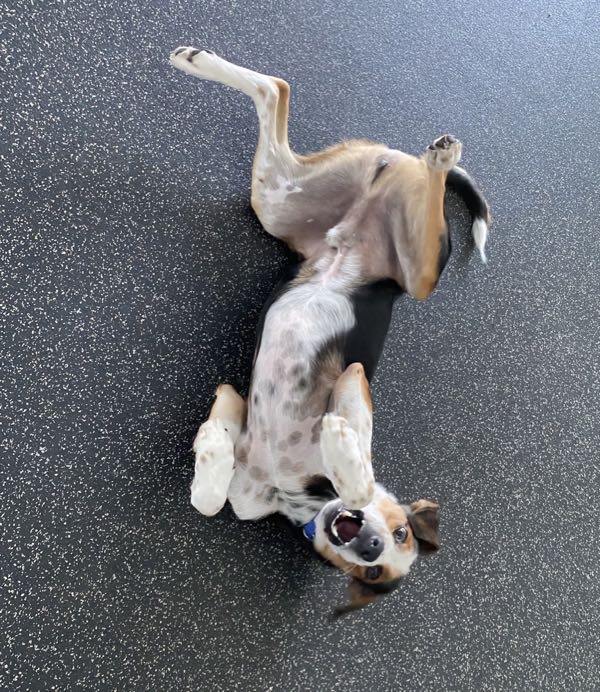 Every farm deserves a goofball like Henry. Would you like to learn more? Please visit the AWS Adoption Center (46 Holland Road, Kennebunk, just off Exit 25 of the Maine Turnpike), check out his online profile or give us a call at (207) 985-3244 to chat about Henry the Harrier. Henry might just be the farm dog you’ve been waiting for!