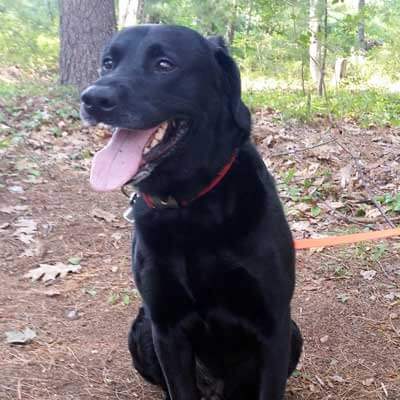 Bolt is a 5 year old black lab who came to us as a stray and should do good with dog savvy cats and some dogs. He would prefer to live with older children due to how much he loves his food and rawhide and how rambunctious he is. He has LOTS of energy. Looking for a hiker/runner/swimmer/ anything active in a person. His name is Bolt and if given the opportunity he WILL live up to it!

The Animal Welfare Society is fortunate to have volunteers who take adoptable dogs through the obedience classes.  They also spend quality time, playing with, walking, and running the dogs. Here’s what some volunteers had to say about Bolt:

“When I was asked today if I’d take Bolt to Shelter Dog Obedience class, I said “sure!” and prepared myself for what I expected would be a big, rambunctious boy, who had little to no self control (I had not met him but had read his profile). Was I ever wrong!! There’s no question that Bolt is energetic, and will bolt given the chance! However, he was an excellent student in a class with several other dogs, and was not hard to handle at all. The gentle lead helped him focus. He loves human touch and neck massages, probably even more than he loves treats. Since Bolt was a stray, there’s not much known about his history. He definitely has been around people, though, and seems to have had some training. When he’s not sure what he’s supposed to do next, he goes to his default move, which is to sit and wait expectantly. How cute is that?!? Bolt is handsome and smart, and I really enjoyed working with him. With lots of regular exercise and affection, and continued obedience training, Bolt will blossom into the Prince he’s meant to be!” Susan