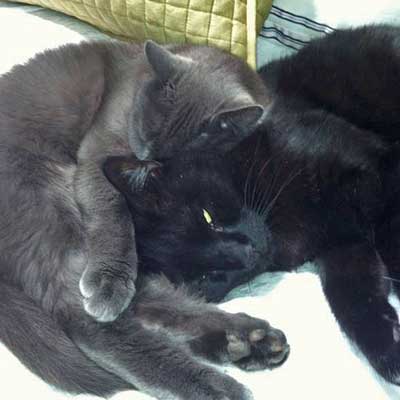 I adopted Cruz (aka Smokey Joe) from AWS in 2012 and cannot believe he will be 2 years old next month. I wanted to share a few photos and to let you know what a wonderful kitty he is! When I adopted him, he was a very curious kitten to be sure. Always into trouble. He definitely has an incredible personality! He is the “scout” for his big brother Spencer and will always let us know when Spencer wants in or wants out, needs food, or is “missing”! Missing  means that Cruz can’t find him and that Spencer is hiding in the closet to get a break from his pesky brother! Cruz will hunt us down and give us the “I’m a scary kitty”  meow to let us know they need something. He won’t give up until you have followed him and that what ever it is they need has been satisfied. Spencer seems to enjoy not having to want for anything as he knows Cruz will take care of it.

Cruz and his brother Spencer (who is a very large manx cat) are inseparable as you can see in the photo of them sleeping. Cruz looks like a peanut next to his brother, but he is just the right size, it is Spencer who is a monster. This is their usual position in the morning after breakfast.  Cruz is a character and is still a very curious kitty.  But when the day is done, he is happiest sleeping in “his” chair with the pillow and usually on his back.

Hope you enjoy the pictures as much as we enjoy Cruz. Spencer is pretty happy with his adopted brother too! 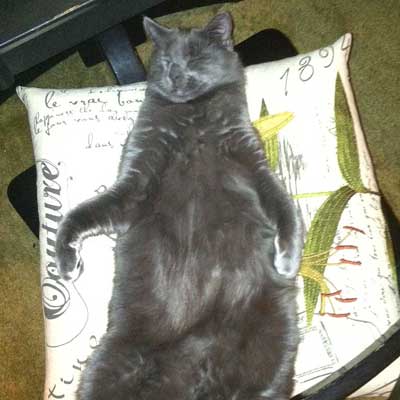