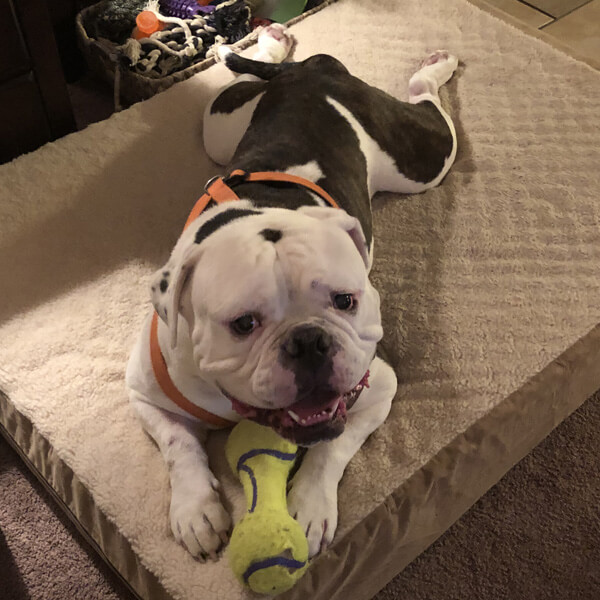 My mother adopted Dallas maybe a year or two ago, I can’t remember because it feels like he’s always been a part of the family. He loves it at home and enjoys all the company that comes over- more pets for him. He’s such a loving guy but doesn’t realize hes 90lbs. There’s been several occasions where he’s knocked people over, but we all know he just loves being close to us; attached at the hip. Whenever we sit on the couch he climbs right up and plops himself on us. He’s extremely spoiled, he has more toys than I had as a kid. He always manages to destroy any squeaker within 5 minutes. When he’s waiting for mom to come home he will climb up on our bench in front of the window and watch cars go past until she pulls in. He also has the biggest head I’ve ever seen.