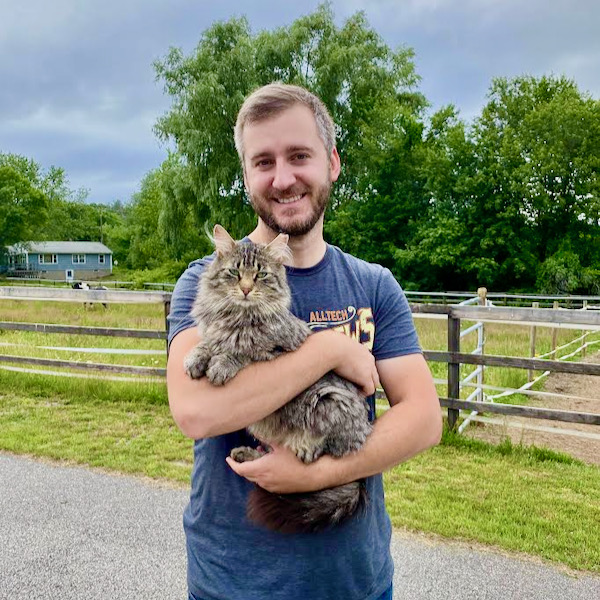 Mario was deemed a barn cat/TNR candidate for his feisty personality and history in a home. We were looking for a barn cat after losing our last perfect boy who had a similar rap sheet. We had heard from a lot of rescues who had semi-ferals, but given our background with feisty cats and having a great set up to manage the transition… we were aiming for a boy just like Mario.

A friend shared Mario on Facebook and I immediately called to set up an appointment. That weekend, we drove up from NH and Mario became ours. He has settled in seamlessly to our farm and is such a ham. He loves his job but is also very social and curious. Thank you AWS for identifying Mario’s needs and letting us be his people!