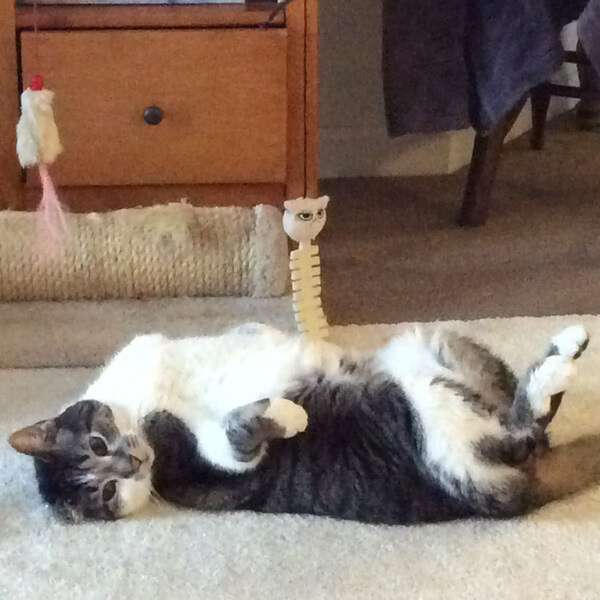 As a volunteer cat “socializer”, weeks went by and there would be Tom with his sweet face and wizzled ear, age 11 and arthritis. He had been there TWO years except for an adoption that didn’t work due to dog “issues”. He would come to the cage gate, purr loudly and love to be stroked. The staff often let him roam oustside in the room since he obviously wasn’t going to run with his arthritis & he was a favorite. Finally driving home one day I had a Shazam moment, called when I got home & said I’d be down the next morning to take him.
He is THE SWEETEST cat I’ve Ever had & I’ve had many. He needs to be medicated, but no big deal. He and my other cat get along well -it took several weeks but they’re now “friends”.

(Interesting..when I was filling out the forms, someone else called to take him, but too late)