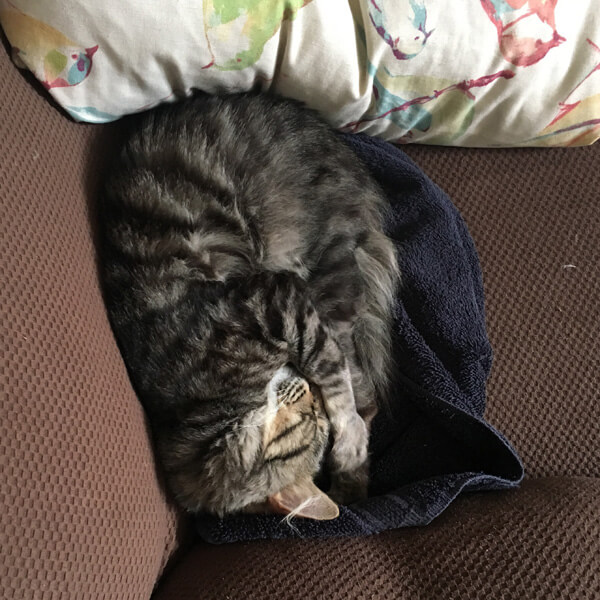 It is Lauren and Lucas, we adopted Kale last Saturday! We wanted to send you an update on how he’s doing! We have changed his name to Finn and we absolutely adore him! The first night he was very shy and kept to himself but he would meow really loudly to us and we would meow back. He would let us pat him for a bit and he would go back to a little blanket bed we made for him. The next night he actually started playing with us and would meow to us throughout the day and we would meow back, and later that night he cuddled with us for a little while. The next few nights he finally figured out it was okay to jump up on the furniture next to us. We got him a kitty tree that he loves! He also loves catnip toys and anything with feathers! He’s eating well and started using the litter box the first night. He now follows us around everywhere we go in our house, we joke around that we should have named him shadow. He always meows to figure out where we are and has little conversations with us, which we love so, so much. He snuggles with us in bed now and a little bit on the couch. He’s very loving and sociable, he’s met a few of our friends and family and warmed up to them quickly. He’s a sweet, funny little cat with tons of personality, we feel extremely lucky to have found him. Thank you so much!