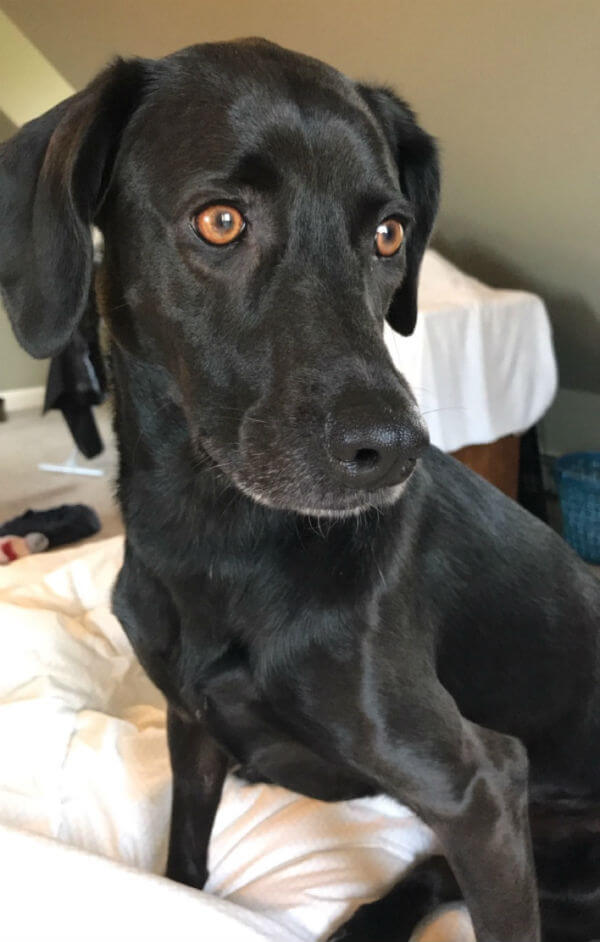 Millie was adopted in the fall of 2013 as a little puppy. She has since grown into an energetic and happy 5-year-old dog. But don’t tell her she isn’t a puppy anymore, she still plays like one! She loves to run around in her backyard and sniff allllll the smells she can find. When she was adopted, no one knew what kind of mixed breed she was–it was too hard to tell. But now, based off her LOUD howl she lets out whenever anyone pulls into the driveway or runs by the house, we know that she must be at least part hound! She loves to give kisses, take naps in the sun, and eat all the crumbs off the kitchen floor. She won’t swim but loves the hose! And even though she is a good girl, sometimes she can’t help but to steal your toast off the coffee table when you aren’t looking.