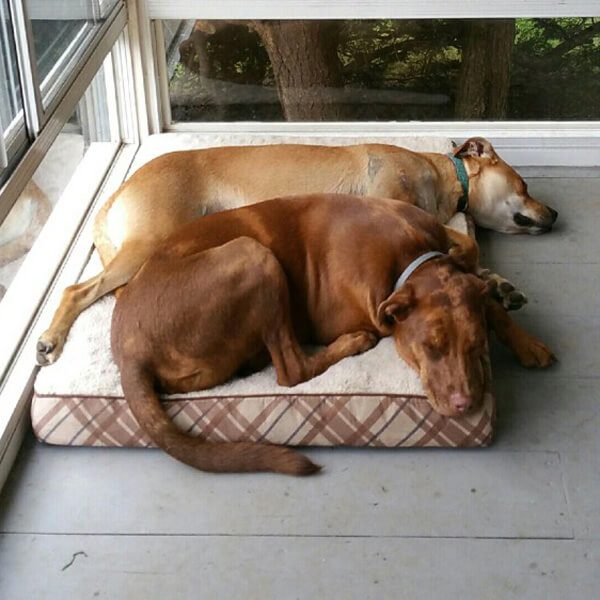 I just wanted to take some time to share the amazing gift I have been so blessed to have since I brought home Nugget f.k.a. Clifton) in July 2017.

About three weeks after I brought home Nugget, I happened to be walking him down the street from where I lived at the time. We ran into another puppy about the same age. Turns out his mom, Gloria, had adopted Douglas (f.k.a Copper) from AWS about two weeks after I got Nugget. The two pups were THRILLED to have each other and soon became best buddies. We made a standing puppy play date, and all winter long Gloria and I froze our butts off so they could play out on her yard. About 9 months later, I needed a new place to live, and I ended up moving into one of the apartments in her house. “Nuggie and Dougie” now have hours together every day, and all four of us (and my older pup, Max!) hang out on Gloria’s porch and chat. It was fate that Nuggie and Dougie brought us together, and not only did I get a canine best friend, but I got a human one in the process. I can’t thank AWS enough for the joy I get every day from these guys. PS: Nuggie is the red guy, and Dougie is the yellow guy. Aren’t they so cute snuggling together!