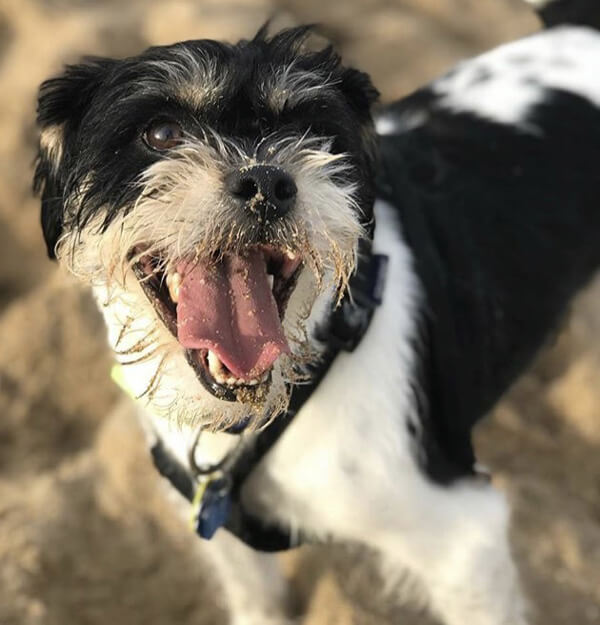 Sir Ringo Starr, where do I begin? When I first saw Ringo’s picture on the AWS website I needed to adopt him. I woke up before sunrise the next morning and we raced over to the shelter and scooped him up. That was March 25, 2017, over a year ago. I’ve come to realize that he’s like my little furry son, always getting into trouble. He’s like a really rambunctious toddler but with 4 legs and a tail. I talk to him like I would any small human, usually in an annoyed parenting voice, stifling a laugh. He knows I love him, though. He loves pulling the stuffing out of his toys and stealing any socks that may be lying around. His body is also weirdly loose and bendy, so he’ll sit down and sort of flop over like a drunk guy. He also sleeps bent in half with his feet touching his nose. I’m still figuring out how he’s comfortable, but haven’t reached a conclusion just yet. We’ll watch tv together sometimes, too. He really enjoys Ryan Reynolds films (who doesn’t?) As odd looking as this little guy may be, he’s my little guy. He’s cute and funny looking and totally owns it. I love him more than anything. Thank you.