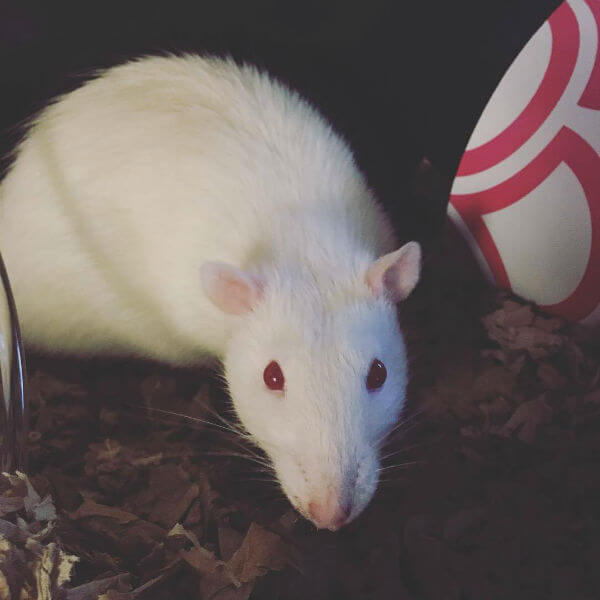 Hi! I adopted this little rat boy from you about a couple months ago. I named him Tuesday and he’s doing great! He is a little shy (he doesn’t want to be picked up, so I haven’t pressured him), but he LOVES to be pet and scratched. After seeing the tiny fish tank he was living in for his life (he was tossed out by some neighbors), it’s no surprise that he has no idea how to use a wheel (I have bought him two different kinds), but he is getting his strength and learning to climb in his new habitat. Thanks so much for all that you guys do!